The Identity & Access Management (IAM) space continues to grow and expand to include new technologies, new vendors and new types of customers. With this growth comes an increased risk that an IAM investment will fail or be less than successful. Whether you’re a customer that has attempted IAM in the past or a new customer determining how best to start an IAM program or project, the same risk of failure applies. Many analysts, integrators and even FNS experts have opined about the topic in the last few years, but the reality is the culprits of failure remain consistent and present.

In our years in the IAM space, we’ve experienced many successes as well as lessons learned. We’ve seen strategic IAM programs that operate successfully to this day. We’ve also seen tactical projects that go one phase with questionable success and ultimately lose funding and momentum. In both situations (and many in between), success is dictated by how effectively the 5 Causes of IAM Failure are managed.

Please note that the 5 Causes of IAM Failure do not include technology by itself. At this stage of maturity in the space we feel that the ultimate degree of IAM success or failure is rarely determined by technology but instead influenced by lack of buy-in, lack of planning and lack of management.

The 5 Causes of IAM Failure:

Avoiding IAM failure is an on-going, never-ending activity throughout the life of a customer’s IAM program. While IAM is still largely a behind-the-scenes set of technologies and processes, today’s IAM is focused squarely on the business and not just IT.  As a result, failures are enhanced. More importance needs to be placed on effectively managing the 5 Causes of IAM Failure in order to claim success and, in certain cases, secure funding for additional IAM investment.

Look for my upcoming post about the importance of hiring an IAM Manager, what traits and experience to look for when hiring that right internal candidate, and the impact that person can have on the success of the program and avoidance of the 5 Causes of IAM Failure. 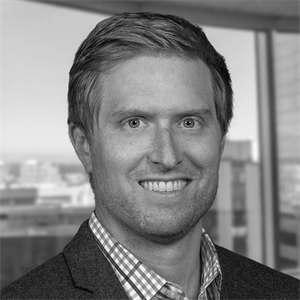 By:
Bryan Wiese
Vice President, Identity and Access Management
Bryan Wiese brings more than a decade of experience in the identity and access management (IAM) space to his position as vice president of IAM for Optiv. In this role, he is responsible for the company’s IAM services delivery and growth strategy while helping drive strategic IAM customer growth, next-generation services development and cross-security practice alignment.

Learn how to create an identity and access management maturity roadmap tailored for your organization.