Developing Requirements for Your Intelligence Section

Developing Requirements for Your Intelligence Section

The four elements of the intelligence cycle are requirement, collection, analysis and dissemination. 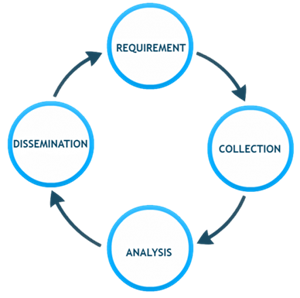 To accomplish each, an analyst must first what data to collect in order to fill a gap in knowledge. It is important for the requirement to be defined as strictly as possible so the analyst does not end up collecting unnecessary or conflicting information. Intelligence requirements are defined as such because you are required to answer them as part of a strategy to analyze the threat or operating environment.

Criteria for Defining a PIR or IR

PIRs and IRs should:

Engaging senior management is a good place to start in discovering what PIRs and IRs are necessary. The CIO/CISO/VP level should be asked what gaps they have that need to be filled by intelligence collection and analysis.

For example, a CIO might want to know what the biggest threat the organization faced in the preceding fiscal quarter. This question can be made in to a simple PIR “What threat impacted the organization the greatest in Q4 of 2013?”

A good way to go about validating this PIR is to run it against four detailed criteria: necessity, feasibility, timeliness and specificity.

Necessity: Is it necessary to answer this question?
Yes. By answering this question, the intelligence analyst can trend the threat landscape the organization faced in the fourth quarter of 2013 and recommend actions that can be taken to better protect against that threat in the future.

Feasibility: Can we feasibly collect this information?
Yes. The analyst should have access to the organizations case and incident management system(s) to collect the required data.

Timeliness: Is the intelligence requirement timely?
Yes. The analyst will be evaluating the preceding fiscal quarter’s data with the results being applicable to the current quarter. 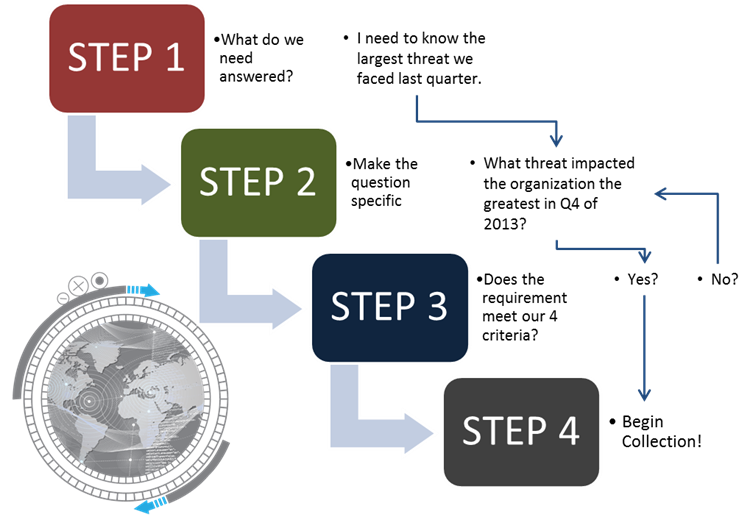 When generating PIRs and IRs, it’s a good idea to provide for a simple way to manage them. By doing this, the analyst or group of analysts can track them and update as necessary. The simplest and easiest way is assigning a numerical value.

Dependent upon the collection against the PIR or IR, it might be necessary to add sub-requirements. When looking at IR #1, we can further break this down to “What was the source of the threat?” or “What system was impacted?” The sub IRs can be published as such:

Intelligence requirements are essential when tasking the intelligence function. They lead to defined collection efforts, and the specificity allows for precise and actionable intelligence to be produced.

Intelligence requirements should be generated to support senior level strategic objectives in identifying and securing critical assets and information. By utilizing this framework, the intelligence cycle will be fulfilled, leading to the establishment of either follow-up requirements or re-engaging existing ones as necessary.