HAK5’s WiFi Pineapple (Pineapple) is a low cost embedded device, purpose-built, for attacking 802.11 wireless networks that can be purchased for about $100. The Pineapple offers the open source flexibility of the popular OpenWRT firmware and can, additionally, be leveraged as a covert tool to establish persistent backdoor access to a remote wired or wireless network environment.

Although the WiFi Pineapple offers a large array of wireless attacking techniques, from KARMA to WPS brute force attacks, there are toolset limitations when it comes to attacking wireless network security and encryption settings typically found in corporate environments. A common configuration for these environments is to utilize 802.1x client authentication in combination with a RADIUS server. The attack methodology for 802.1x wireless environments is to identify if wireless clients have been properly configured to validate certificates issued from the RADIUS server. Wireless clients, that have been improperly configured, will accept rogue self-signed certificates and supply hashed account credentials. To successfully exploit these client side vulnerabilities, the corporate wireless environment would need to be cloned with an attacker controlled RADIUS server. FreeRadius is the typical RADIUS server leveraged for this attack scenario, however, by default, FreeRadius is not configured to gracefully accept all client provided authentication requests (a requirement to collecte hashed credentials).

FreeRadius-wpe contains a set of patches that when applied to the FreeRadius 2.1.12 source code, allow FreeRadius to accept all user provided authentication requests and collect hashed credentials. Unfortunately, the FreeRadius-wpe binaries are not available in the OpenWRT package manager and require the source code to be cross compile for the Pineapple CPU architecture. Additionally, FreeRadius-wpe has been deprecated in favor of hostapd-wpe.

Installation and execution of hostapd-wpe, on the Pineapple, has many of the same challenges of FreeRadius-wpe. Furthermore, there is not much publically available documentation detailing the process of successfully running hostapd-wpe on OpenWRT. Luckily, Acrylic Wi-Fi has prebuild OpenWRT packages for hostapd-wpe in their Barrier Breaker package.

Acrylic Wi-Fi’s Barrier Breaker package contains the hostapd-wpe source and cross-compiled OpenWRT packages for each available OpenWRT supported architecture. The specific version, used in this exercise, is located in the ‘ipk’ directory of the Barrier Breaker package, under the ar71xx / generic sub-directories.

Unfortunately, initial execution of the hostapd-wpe application on the WiFi Pineapple post-installation of the ipk package (to the local disk or the available SD card) results in a segmentation fault.

This failure is believed to be the result of a conflict between the execution of the hostapd-wpe package and an existing instance of wpad-mini, which is designed to support many of the default features of the Pineapple. The Pineapple wpad-mini package is the OpenWRT implementation of the WPA Authenticator and Supplicant functions for WPA-PSK configurations.

Disabling the Pineapple’s wpad processes to execute hostapd-wpe is not advantageous because most of the Pineapple’s functionality is designed around the prebuilt instance of wpad-mini. Also, patching the default Pineapple wpad hostapd module is not possible because Hak5 does not provide the source of the custom hostapd patches bundled with the device in the SDK.

A root jail environment will allow the Pineapple to run a secondary file system in parallel to that of the utilized by the core system. To support the chroot functionality of the root jail environment, it is necessary to install the coreutils-chroot dependency package from the OpenWRT package manager:

Extraction of the root file system from the firmware package can be performed with binwalk from the default Kali Linux toolset. 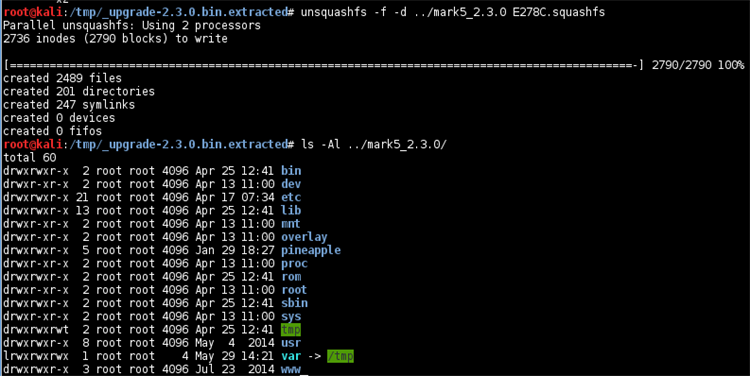 Once the file system is extracted, the next step is to mount both /dev and /proc for use by the root jail environment:

The OpenWRT package manager requires a lock file to be created in the /var/run directory. By default the /var directory does not contain a run subfolder, to meet this requirement a run directory must be created as follows:

The final step in completing the chroot configuration, is configuring access to the root jail by issuing the following command:

Once inside of the root jail, the next step is to install the hostapd-wpe ar71xx / generic package from the Arcylic Wi-Fi Barrier Breaker package.

The hostapd-wpe package from Arcylic Wi-Fi installs the binary to /usr/sbin/hostapd-wpe, and the configuration files are placed in /user/local/etc/hostapd-wpe. Several default hostapd scripts are provided in the configuration directory, and for ease of use, these can quickly be modified to specify the appropriate wireless interface and SSID to run hostapd-wpe against (i.e. by modifying the ‘interface=’ and ‘ssid=’ fields). 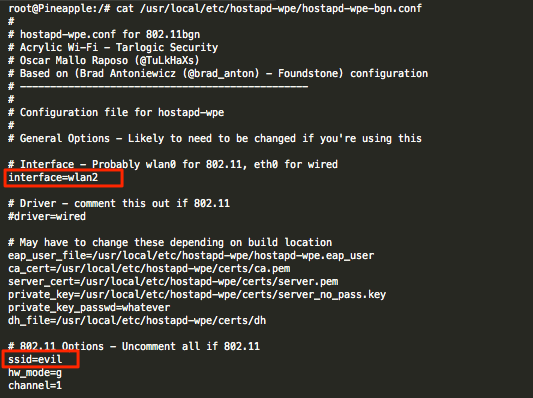 In this example, the configuration file has been modified to associate with an Alfa AWUS051NH card as interface “wlan2”. The SSID has been set to ‘evil’, both figuratively and accurately. It is also good practice to update the certificates used by the hostapd RADIUS implementation to reflect the particular environment under attack via the bootstrap application provided in the hostapd-wpe package (hostapd-wpe-for-OpenWrt-14.07/bootstrap/certs).

Finally, launch hostapd-wpe and bask in the glory of captured RADIUS credentials:

As a secondary option, commands can specifically be executed in the root jail environment without the need to start a shell. 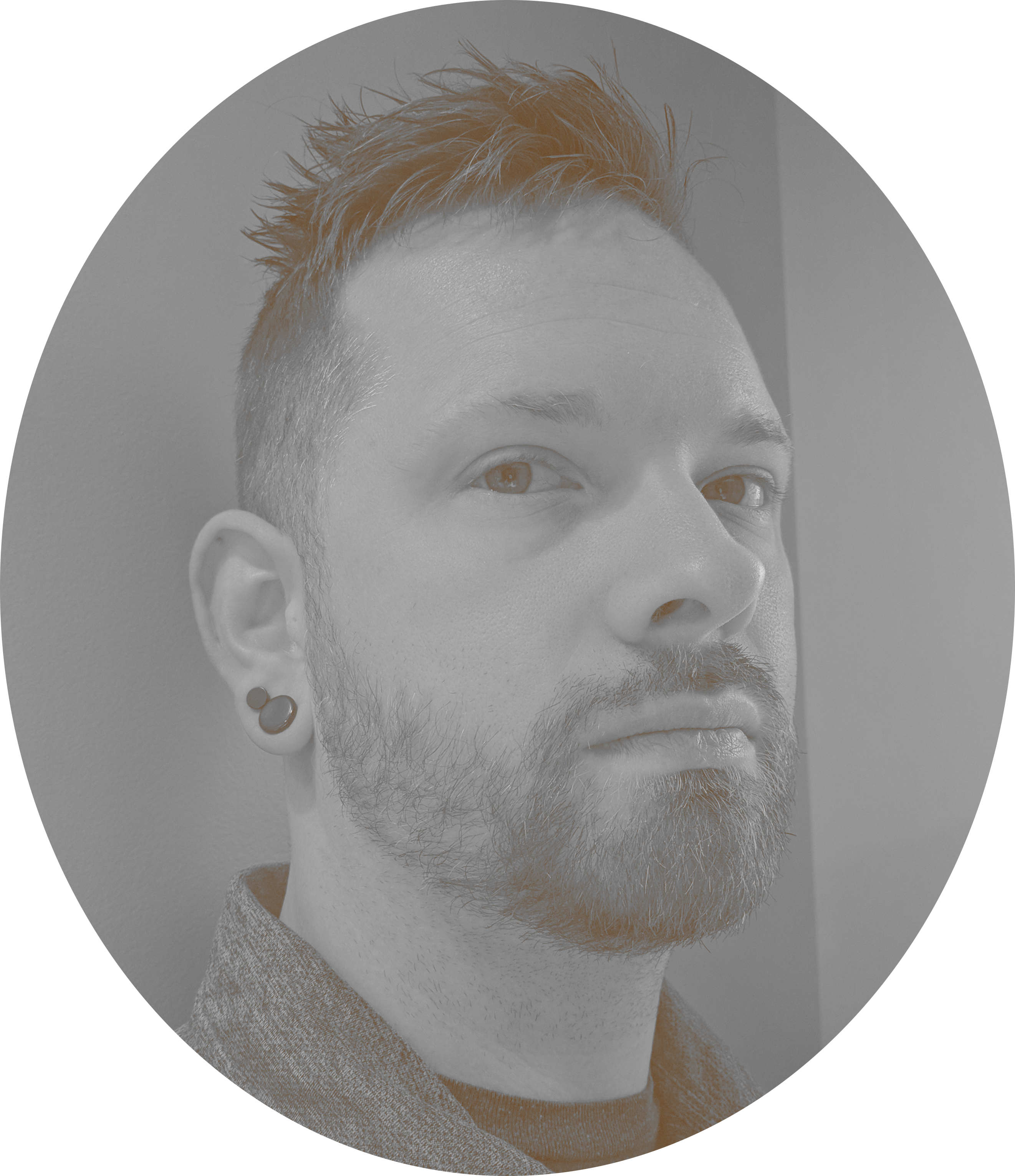 IoT and the Impact on Wireless Networks