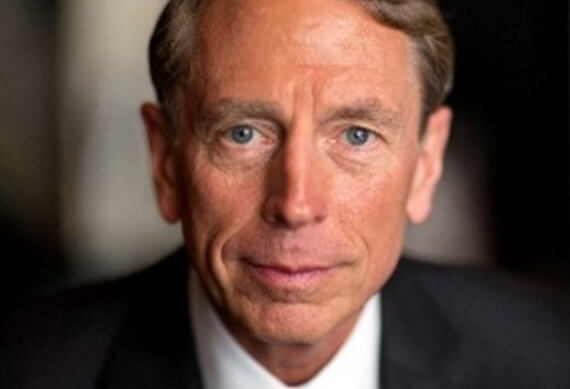 General David Petraeus served over 37 years in the U.S. Army, culminating his career with six consecutive commands as a general officer, five of which were in combat, including the Surge in Iraq, U.S. Central Command, and the Surge in Afghanistan. He subsequently served as director of the CIA during a period of significant achievements in the global war on terror.

General Petraeus is currently a partner with the global investment firm KKR, where he is also chairman of the KKR Global Institute, which he established in 2013. In addition to serving as a member of Optiv’s board of directors, he also serves on the board of directors of OneStream. He is a personal venture investor in some 20 startups, and he is a senior fellow and lecturer at Yale University’s Jackson Institute and co-chairman of the Woodrow Wilson Center’s Global Advisory Council.

Over the past 15 years, General Petraeus was named one of America’s 25 Best Leaders by U.S. News and World Report, a runner-up for Time magazine’s Person of the Year, a Time 100 selectee, Princeton University’s Madison Medalist, and one of Foreign Policy magazine’s top 100 public intellectuals in three different years.

General Petraeus graduated with distinction from the United States Military Academy and earned a Ph.D. from Princeton University in international relations and economics. He has held academic appointments over the years at USMA, CUNY’s Macaulay Honors College, Harvard, the University of Southern California, and the University of Birmingham (England). He is also the only person in Army history to be the top graduate of both the demanding U.S. Army Ranger School and the U.S. Army’s year-long Command and General Staff College.