Using Optiv’s IoT Security services, you’ll better manage and protect all the IoT devices in your environment. You’ll gain new levels of visibility into IoT devices and data traffic so you can greatly reduce the risk of malware and targeted attacks and security incidents that can lead to stalled production, financial losses, or even theft of critical IP.

What Is IoT Security?

Internet of things (IoT) security is the method of protection used to secure internet-connected or network-based devices. Defining what IoT technology is changes constantly – things like thermostats, doorbell cameras, smart speakers, wearables and video game consoles, to name a few. Nearly all of these have the ability to interact with other devices, the internet, or both in some way. Because IoT is so broad, IoT security even larger. The result? A variety of methodologies fall under the umbrella of IoT security. Securing IoT involves various techniques, strategies and tools to protect IoT from becoming compromised. 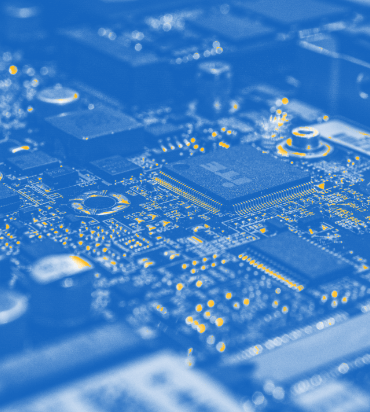 With Optiv IoT security solutions, you’ll identify and track critical assets, risks and vulnerabilities – along with any anomalous or unauthorized behavior. Most importantly, you’ll prevent incidents quickly and easily across your increasingly complicated technical ecosystem before they can negatively impact the business.

Why Is IoT Security Important?

As the rapid growth of IoT devices continues to pick up speed, organizations everywhere are challenged to identify, secure and manage security for all the technologies connected to their network.

Previously unmanaged, these connected devices represent a growing risk for a variety of reasons:

to run on devices

Traditional perimeter firewalls and conventional security defenses are simply not up to the task of protecting these IoT networks.

What Are IoT Security Issues?

It’s possible to defend against these types of attacks by developing a more robust IoT security strategy that covers all your connected devices. With Optiv, you’ll build a program that’s aligned with your unique business needs to deliver documented, verified results.

Optiv offers a variety of IoT security solutions to identify, segment and protect all of your IoT devices and the data they produce.

Define risk and best practices in a converging technology landscape.

Tap into your production network to identify any IoT connected devices and identify the most vulnerable assets.

Understand security in relation to IoT devices that your organization is looking to purchase and how they may affect your network.

A policy-driven approach based on your organization’s business needs.

Our solutions identify, segment and protect IoT devices and the data they produce.

This white paper explains how to bring IoT and embedded devices into your vulnerability management program.

Concerned about the recent Florida water system hack? We can help assess and secure your IoT and OT infrastructure.

Speak to an IoT Security Expert

Secure Your Increasingly Connected IT Estate With IoT Security
As IoT devices and the data they produce become more important to businesses like yours, the need to properly secure them grows. Even though IoT devices present new vulnerabilities, security teams often don’t have the time or expertise to secure them effectively.

Our IoT Security Services team can help you navigate your rapidly expanding security environment and define requirements to develop a robust approach to defending your internet-connected devices. Contact us today.