In this blog series members of Optiv's attack and penetration team are covering the top 20 Center for Internet Security (CIS) Critical Security Controls (CSC), showing an attack example and explaining how the control could have prevented the attack from being successful. Please read previous posts covering: 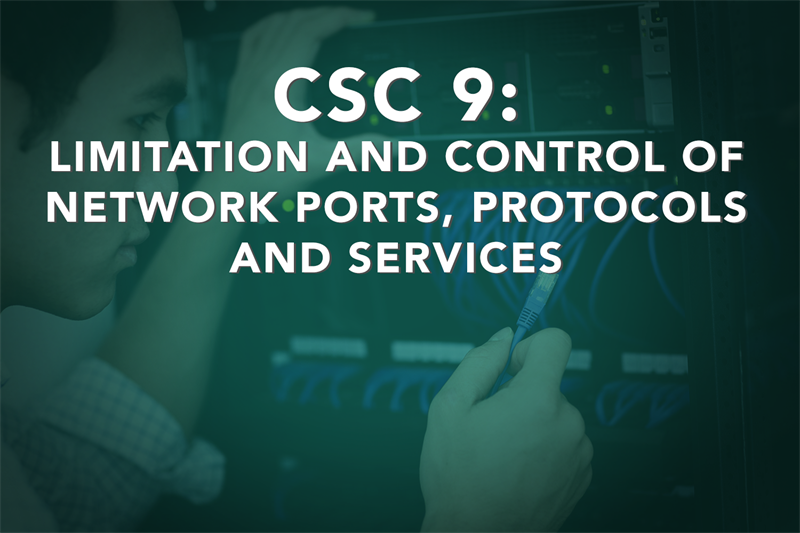 CSC 9: Limitation and Control of Network Ports, Protocols and Services

Manage (track/control/correct) the ongoing operational use of ports, protocols and services on networked devices in order to minimize windows of vulnerability available to attackers.

Attack surfaces are composed of the various endpoints and services that are accessible to external users. Although they are designed for use by authorized parties, malicious users could potentially gain unauthorized access through any available service. As such, one of the most effective means of mitigating risk exposure is through minimization of the available attack surface.

Businesses should use layered perimeter defenses such as application-aware firewalls, network access controls and intrusion detection/prevention systems to avert unauthorized access. However, some perimeter defenses, such as SYN flood protection, can reduce risk exposure while simultaneously providing a false sense of security. In the attack below, I will demonstrate why a defense-in-depth approach is critical to securing an organization’s network perimeter.

On a recent engagement, I encountered the following results from a quick Nmap scan:

However, SYN flood protection can be circumvented through inspection of the TCP flags returned for any given connection attempt. In this instance, I used Cookiescan to inspect TCP flags and identify services that were actually accessible from public networks.

The above services were listening on non-standard ports, and could only be partially identified through targeted port scans.

SSH and Telnet could be subjected to password guessing attacks or potentially disclose credentials through man-in-the-middle attacks, however 24/TCP and 35/TCP piqued my curiosity as Nmap couldn’t immediately identify them. HTTP and HTTPS are two of the most common services exposed on perimeter systems, and manual inspection revealed that 24/TCP was HTTP while 35/TCP was HTTPS.

Additional inspection revealed that the SSL listener on 35/TCP was actually a login page for a production load balancer.

I researched the device and found WebMux load balancer documentation that contained default credentials. Although default credentials did not permit access, the documentation revealed that a CGI-enabled status page was accessible without authentication. Given the copyright date, target operating system and lack of security updates, I manually tested for ShellShock (CVE 2014-6271).

The load balancer’s web interface was vulnerable to ShellShock, and operating as the root user. I exploited this to gain access to the system, pivot into other DMZ hosts and eventually obtain access to internal network segments.

Although the client changed default credentials, segmented critical services and performed routine port scans, they failed to remove unnecessary services, apply patches or restrict access to management functionality through firewall access control lists. Management services such as Remote Desktop, SSH and web-based administrative functionality should be protected behind IP-based access control restrictions and only accessible from trusted hosts or network segments. In this instance, the load balancer itself was in active use and routinely scanned for vulnerabilities but didn’t appear critically vulnerable based on automated testing results.

As demonstrated, over-reliance on automated tools and scanning engines can lead to unintended risk exposure. It is important for organizations to not only monitor and restrict service accessibility but also verify that testing mechanisms accurately validate control and process effectiveness.

The next post will cover CSC 10: Data Recovery Capability.