The creation and integration of a secure development lifecycle (SDLC) can be an intimidating, even overwhelming, task. There are so many aspects that need to be covered, including performing risk analysis and threat modeling during design, following secure coding practices during development, and conducting proper security testing during later stages.

Software development has begun evolving to account for the reality of security risks inherent with web application development, while also adapting to the increased pressure of performing code drops in the accelerated world of DevOps and other continuous delivery methodologies. Major strides have been made to integrate static analysis tools into the build process, giving development teams instant feedback about any vulnerabilities that were detected from the latest check-in, and giving teams the option to prevent builds from being deployed if new issues are detected.

Being able to perform static analysis on source code before performing a deployment build gives teams a strong edge in creating secure applications. However, static analysis does not cover the entire realm of possible vulnerabilities. Static analysis scanners are excellent at detecting obvious cases of some forms of attack, such as basic Cross-Site Scripting (XSS) or SQL injection attacks. Unfortunately, they are not capable of detecting more complex vulnerabilities or design flaws. If a design decision is made that results in a security vulnerability, such as the decision to use a sequence generator to create session IDs for authenticated users, it is highly likely that a static analysis scan won’t catch it.

Dynamic testing, the process of exploring a running application to find vulnerabilities, helps cover the gaps left by the static analysis scanners. Teams with a mature SDLC will integrate the use of dynamic testing near the end of the development process to shore up any remaining vulnerabilities. Testing is generally limited to a single time period near the end of the process due to two reasons:

Putting the Power into Developer’s Hands

One way to help relieve the second issue highlighted above is to put some of the power to perform dynamic testing directly into the hands of the developers. Just as static analysis tools have become an essential part of the automated build process that developers work with on a daily basis, wouldn’t it be great if we could allow developers to perform some perfunctory dynamic scanning on their applications before making a delivery?

The first issue that needs to be addressed is which tools to start with? There is a plethora of different testing tools out there. Multiple options exist for every imaginable type of test, from network scanners to database testers to web application scanners. Trying to select the right tool, learn how to configure and use it, and interpret the results generated by the tools can be a daunting task.

Fortunately, many testing tools include helpful APIs that allow you to harness the power of a testing tool and integrate it into a different program. Often these APIs allow security testers to create a Python scripts which will perform multiple scans with a single script execution.

With so many tools to choose from, where should a developer who wants to start performing dynamic testing start? To help answer that question, Eric Johnson from Cypress Data Defense and I set out to create a plugin that would allow a developer to utilize some of the basic scanning functionality of OWASP’s Zed Attack Proxy (ZAP) within the more familiar confines of their IDE. Being the most familiar with the Eclipse IDE for Java, I decided to tackle that plugin first.

The plugin is designed to perform two tasks: perform a spider of a URL provided by the developer, followed by an active scan of all of the in-scope items detected during the spider. After the spider and scan are complete, the results are saved into a SecurityTesting project within Eclipse. More information about the SecurityTesting plugin, including installation and execution instructions, can be found at the project’s GitHub repository (https://github.com/polyhedraltech/SecurityTesting).

Using this plugin, developers can begin performing some basic security scans against their application while they are still in development. This gives the developer feedback about any potential vulnerabilities that may exist, while reducing the workload for the security testers later on.

Once you have downloaded the ZAP plugin and started getting comfortable with what the scans produce and how it interacts with your web application, I encourage you to begin working more directly with ZAP as well as other security tools. When used correctly, dynamic testing tools can provide a wealth of information. Just be aware, dynamic testing tools are prone to the same false positives and false negatives that affect static analysis tools.  Use the vulnerability reports generated by ZAP and other dynamic testing tools as a guide to determine what may need to be fixed in your application, but be sure to validate that a finding is legitimate before proceeding.

Hopefully you or your development team can find value in this plugin. We are in the process of enhancing it to support more dynamic testing tools as well as introducing support for more IDEs. Keep an eye on the GitHub repository for future progress! 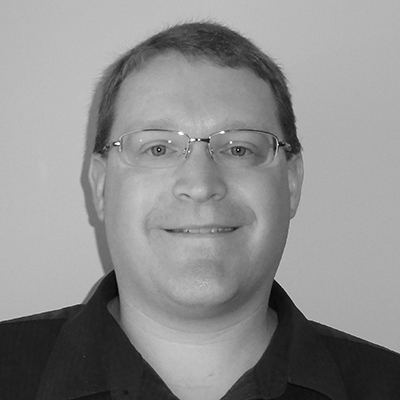