The primary purpose of the Optiv attack and penetration testing (A&P) team is to simulate adversarial threat activity in an effort to test the efficacy of defensive security controls. Testing is meant to assess many facets of organizational security programs by using real-world attack scenarios. This type of assessment helps identify areas of strength, or areas of improvement regarding organizations' IT security processes, personnel and systems.

There exists a cat-and-mouse game in IT security, a never-ending arms race. Malicious actors implement new attacks; defensive controls are deployed to detect and deter those same attacks. It behooves organizations to attempt to be proactive in their defensive posture, and identify new methods of attack and preemptively put controls in place to stop them. Optiv A&P strives to maintain technical expertise in both the offensive and attack arena, along with the defensive methods used to detect and prevent attacks. To stay relevant and effective in this ever-changing threat landscape, it is paramount that organizations that specialize in assessing organizational security posture stay relevant to the tactics, techniques and procedures (TTPs) that are used by genuine threat actors. Optiv engages in proactive threat research to identify TTPs that could be used by threat actors to compromise systems or data.

Attacks that Stay Below the Radar

A goal of many attackers is to implement campaigns that go undetected. The longer an organization is unware of a breach condition, the more time an attacker has to identify and exfiltrate sensitive information, and use the compromised environment as a pivot point for more nefarious activity.

Optiv A&P implements advanced attacks in an effort to identify gaps in detective capabilities, and assist organizations in detecting the attacks.

During a recent engagement, a SQL injection condition was identified in a web application that was using MSSQL Server 2012. At the request of the client, Optiv performed the assessment in a surreptitious manner, making every effort to avoid detection. Optiv devised a way to take advantage of native MSSQL Server functionality to execute commands on the underlying Windows operating system. Also, the xp_cmdshell stored procedure had been disabled, and the ability to create custom stored procedures had also been limited.

Many monitoring or detection systems generate alerts when a commonly abused MSSQL stored procedure (xp_cmdshell) is used during an attack. The usage of xp_cmdshell by  attackers, and penetration testers has caused many organizations to disable it, limit its ability to be used and tune alerting systems to watch for it.

Optiv identified a scenario wherein the MSSQL Server Agent could be leveraged to gain command execution on target database server. However, the server had to meet several conditions:

Optiv identified two MSSQL Agent Job subsystems that could be advantageous to attackers: the CmdExec and PowerShell subsystems. These two features can execute operating systems commands, and PowerShell respectively.

Optiv used the SQL injection entry point to create and execute the agent job. The job's command was PowerShell code that created a connection to an Optiv controlled IP address and downloaded additional PowerShell instructions that established an interactive command and control session between the database server, and the Optiv controlled server.

Here is the SQL syntax breakdown. Note, in the below download-string command, the URI is between two single quotes, not double quotes. This is to escape single quotes within SQL.

The above string is for easier copying and pasting, if you want to recreate this attack scenario.

The below quickly shows a demo on how to weaponize this attack.

The SQL syntax is URL encoded. In this specific instance the attack is being sent via an HTTP GET request, hence the necessity to URL encode the payload.

The request, with the SQL injection payload, to an HTTP GET parameter that is vulnerable to SQL injection is shown. Note the %20 (space character) added to the beginning of the payload. 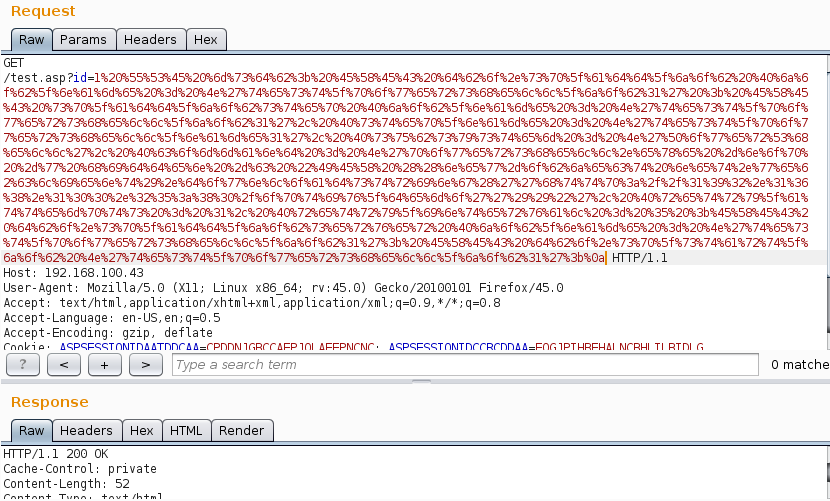 Once the payload is run we can see a command and control session is established, running with the SQLSERVERAGENT account's privileges. 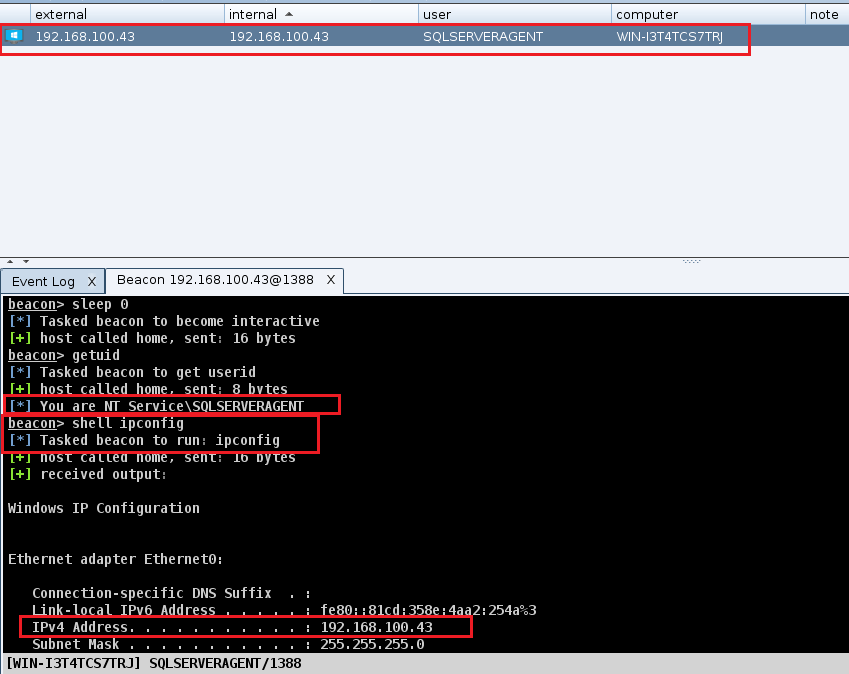 On the victim SQL server we can see the SQL Agent job has been created. 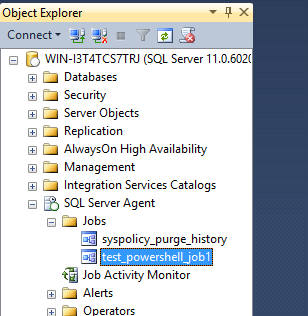 The below video demonstrates the full attack.

In some instances, if the MSSQL Server Agent service is configured with an account that has more privileges than that of the database user, for example an Active Directory domain service account, this attack can be used by an attacker to escalate their privileges.

Internal systems that do not need to communicate directly with Internet hosts should be disallowed from doing so. This can prevent command and control channels from being established between internal assets, and attacker controlled endpoints. Employ strict network egress filtering.