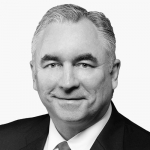 Kevin Lynch is a seasoned executive with more than 30 years of strategic and operating experience, largely in professional and technical services, operating at scale within private and public environments, with a proven track record of delivering growth and exceptional financial returns.

As Optiv’s chief executive officer (CEO) and a board member, Lynch is responsible for executing the company’s vision to challenge the status quo by delivering innovative cybersecurity solutions that create simplicity and confidence for clients around the world.

Lynch joined Optiv from Deloitte, where he served in a variety of leadership roles for 20 years. Most recently, as a senior partner at Deloitte focused on substantially growing the firm’s mergers and acquisition services revenue and playing a key role in re-architecting the business. He served many of the firm’s largest clients as an overall advisory partner in the technology infrastructure, cloud, cybersecurity and computing segments. Lynch was also Deloitte’s chief global officer, overseeing $1.2B of annual investment and optimizing the U.S. partnership’s global interests.

Prior to Deloitte, Lynch was chief strategy officer at AECOM, a Fortune 150 global engineering and construction services firm, where he was tasked with driving growth across the company’s portfolio. Lynch was also a director at PricewaterhouseCoopers, focused on the intersection of strategy and technology. 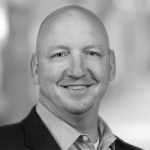 Nate Brady has 20 years of public accounting, financial management and leadership experience. As Optiv’s chief financial officer (CFO), he is responsible for overseeing all financial aspects, including the company’s ongoing investment in expanding operations and presence across North America and Europe.

Prior to his CFO role, Brady served as chief accounting officer for Optiv, where he oversaw the company’s financial organization and provided insightful business analysis and intelligence to Optiv’s business-line managers, executives and board.

Brady has held several high-profile financial leadership positions in the cybersecurity, software and transportation industries. He joined FishNet Security in 2013 as controller and quickly ascended to chief accounting officer. While at FishNet, Brady was instrumental in steering the strategic and operational direction of the finance department beyond financial and transactional management; he further played a key role in the company’s transformation to strategic decision making based on real-time and accurate data.

During his three-year tenure as CFO for Waller Truck Company Co., one of the Midwest’s largest truckload carriers, he helped drive significant revenue and net income growth. Prior to Waller Truck, he was corporate controller for Ascend Learning, a leading-edge education technology company that serves healthcare and other high-growth career industries.

Brady began his financial career with Ernst & Young LLP. While at Ernst & Young, Brady gained significant experience with M&As, IPOs and complex accounting issues, working with a mix of public, international and private-equity owned companies. A certified public accountant (CPA), he earned a bachelor’s degree in business administration and accounting from Pittsburg State University where he also lettered in varsity football. 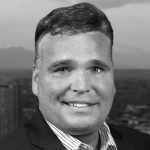 William Croutch has 20 years of global legal and leadership experience. In his current role as executive vice president and general counsel for Optiv, which was created in 2015 as a result of the Accuvant and FishNet Security merger, he is responsible for the entire legal function for the company.

He oversees mergers and acquisitions, litigation and claims, compliance, risk, contracts, human resources and patents and trademarks. Croutch also serves as secretary of Optiv’s board of directors.

David Martin is an experienced executive with more than 25 years of leadership and operating experience, entirely with professional services and technology companies. He’s an innovative leader known for delivering complex transformations and growth in multiple countries.

As Optiv’s chief services officer, Martin is responsible for leading our services organization and evolving our overall services capabilities.

Martin joins Optiv from Sunhaze Consulting, a specialty strategy firm he founded. Prior to Sunhaze, he was a partner at Deloitte, where he served in a variety of leadership roles for 19 years.

Most recently, he led digital innovation globally, combining emerging technologies with core management consulting. Other leadership roles included leading global Monitor, Deloitte’s strategy practice; and leading strategy and operations in Asia Pacific and in China where he served three years as an expatriate. Prior to Deloitte, Martin was the e-business leader for SARCOM, a technology VAR and services company.

Martin writes and speaks extensively on the topics of growth and transformation. Over the last several years, he has spoken at the Deutsche Bank Global Healthcare Conference, the Global Business Coalition Annual Conference, hosted the first Deloitte Argyle Forum on Growth and been featured in publications like Fortune and The Wall Street Journal.

Brad Rager is a seasoned business executive with nearly 20 years of experience in consulting, strategy execution and marketing. As chief strategy officer for Optiv, Rager is responsible for setting the corporate agenda for company growth, executing Optiv’s strategy and driving a performance cadence. Rager also leads and oversees marketing, communications and office of the CEO staff functions.

Rager joined Optiv from Bemis Company (now Amcor), where he ran a portion of the North American packaging business. In his time at Bemis, he also ran marketing and corporate strategy.

Prior to Bemis, Rager was a principal with Boston Consulting Group, where he spent 10 years working with clients from a variety of industries to drive growth and transformation agendas.

Rager earned a MBA from Northwestern’s Kellogg School of Management and has a degree in finance and political science from the University of Notre Dame. He is also a Chartered Financial Analyst. 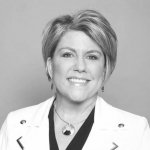 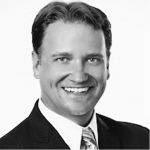 Nate Ungerott has more than 20 years of sales leadership and corporate development experience in the information technology and cybersecurity industries. As executive vice president of North American sales, Ungerott is responsible for Optiv’s strategic direction to accelerate growth in existing and new markets across the U.S. and Canada.

He is also focused on working across Optiv’s business and manufacturer partners to deliver integrated, holistic cybersecurity solutions that enable client success.

Most recently, Ungerott served as Optiv’s vice president of the Americas, where he was a driving force in growing the company from a regional security solutions reseller and consultancy to a national security solutions integrator. Ungerott spent the first part of his Optiv tenure opening, establishing and growing regional markets in the eastern U.S. As the company evolved, he transitioned to lead Optiv’s corporate development, business development, M&A and investor relations activities, finally returning to the sales organization to lead the enterprise sales division in North America including the commercial and federal divisions in the U.S. and Canada.